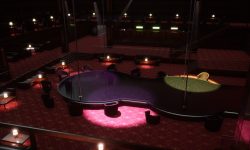 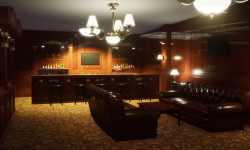 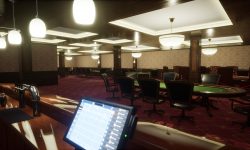 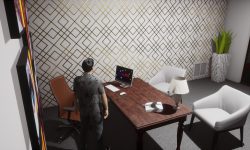 Overview:
"King of Brothels" is an 3D adult based game featuring the most elaborate management gameplay with build high-graphics.
You’ll get to manage your club and build it as you like while controlling the club’s policies, managing the club’s finances, hiring employees (men and women), bribing cops, dealing with the mafia, dealing with costumers and so on.
But… managing an adult club has it’s benefits and you’ll get to enjoy the club you’ve built as well and you also need to test the girls before accepting them to work, don’t you?

While all your friends went to collage after high school, you had a better plan. Some say that loaning $1,000,000 from the mafia is a bad idea but.. you know better! You can turn it into more money – you just need some luck, skill, bribing some cops and making sure you have the best girl (and boys) in town! Should be easy enough.Cops? No Problem!We are gamers. We love games and we love video games. We are a small team but we have over 20 years of professional game development experience between us. We always loved adult games and are so happy to see more and more serious project popping up lately.While there are actually some decent management games out there, most of them don’t seem to have the best graphics quality and we want to change that – make a game that is both fun on the management level but also where you can experience and enjoy the club you’ve built.While we are still very early in development, we do want to show how our game currently looks. We are pretty proud of what we have achieved in such a short time with no support and hope that Patreon can give us the support we need to take it to the next level.We are going to have the following fetishes in the game (most, are optional and up to the player’s choice):Anal
Oral
BDSM (consensual)
LGBTQ+ Content
Futanari
CastingHere is the main features we are currently going for. We would love to hear from the community what else we should considerReal-time 3D
High Quality Graphics
Unreal Engine Powered
Complex Management System
VR Support for Sex Scenes
VERY Detailed Character Costumier
Casting Mechanics
Fun Sex Scene Mechanics
Great Story
Mini-Games and EventsVery Detailed 3D Character CreatorOur development plan is pretty straight forward: Our demo build will be released within 3-4 weeks from the patreon page launch. After that, we will release a new build every month. We are planning on 18 months total development time until the game is done.Project time-planAt this point, we are going to have builds for PC, Mac and basic VR support for sex scenes.We welcome you to join our community and build the best adult management game out there. No "point and click" with changing screens, but an actual full, live, great looking 3D game with complex AI, great graphics, complex management system and great and fun adult sex scenes. The game is still in development so this demo is an early-built concept play only for patrons and yet to be finished by the developer for the upcoming public release.​
Thread Updated: 2020-05-21
Release Date: 2020-04-22
Developer: King Of Brothels Patreon – Discord – Twitter – Reddit
Censored: No
Version: Demo
OS: Window
Language: English
Genre:
3D Game, Action, Cheating, Combat, Corruption, BDSM, Big Ass, Big Boob, Blackmail, Drugs, Female Domination, Groping, Humiliation, Male Protagonist, Prostitution, Romance, Sexual Harassment, Strategy, Stripper, Teasing, Voyeurism
Changelog:
2020-04-22
Patreon bulit Early-demo release for patrons
Developer Notes:
We just want to remind you guys – this is not the actual demo. As many of you suggested, decided to a bit longer to make the first demo better. This demo will be very empty and bugged (unlike the actual demo in a couple of weeks which actually will be awesome…!).