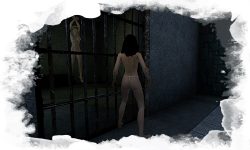 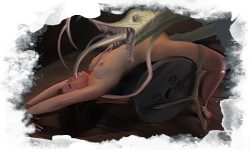 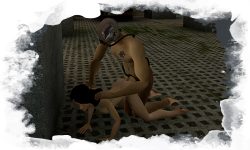 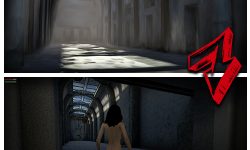 Overview
You find yourself exposed to unimaginable physical and sexual abuse, facing painful and even lethal dangers for the sake of an unknown cause. You are now immersed in a world without limits, rules, morals, or human rights.
All you know is that you have to get out alive — and in one piece.
To survive and escape, you must learn to amplify the abilities of your own body.
: Game Mechanics Subject, The first escape, is a NSFW survival game in the form of a digital comic, where the player must find a way to escape a strange fortress, recover their erased memory, and investigate the purpose behind this strange place and everything that lives here.
To advance, you must explore several areas looking for weapons, gadgets, chemicals, and fragments of forgotten information to help you in your escape.
But always be careful, since many zones contains traps and horrific creatures that will try to abuse you sexually, kill you, or even worse.
You might inject powerful chemical agents to increase your strength, speed, and health, among many other attributes; or you could let an enemy subdue you, and enjoy quality sex animations.
Each level contains torture chambers, brimming with cruelty and sex. You may find yourself dragged in, powerless in the clutches of a terrifying enemy, or you could voluntarily enter with the aim of progress or reward.
In these chambers you will be subjected to torture both biological and mechanical. To survive, you must inject strange substances into your veins, adapting your body to combat the terrors that await. Thread Updated: 2019-06-02
Release Date: 2018-10-25
Developer: Nattmara Strange Games Patreon – Facebook – Twitter – Discord
Censorship: No
Version: 0.6.0c public
OS: Windows, Mac, Linux
Language: English
Genre:
(Fetishes are Optional!) Gore, Dismemberment, Electrostimulation, Skinning, Electrocution, Femdom, Pissing, Vore, Whipping, Cum Inflation, Spanking, Hypnosis, Rape, Latex, Gay, Lesbian, Shemales, Sex, Bondage of all levels, Tentacles and monsters, Needles, Asphyxia, Gapping, Cream Pie, Face Fuck, Breeding, Choking, Gang Bang
Installation:
1- Extract to desired location.
2- Click on "Subject.exe" to start playing.
Changelog:
0.6.0c public
————————————-

Note 1: If your computer has 2 video cards, one integrated and one external, be sure to select the external one in the Unity configuration menu. Click to expand…

————————————-
NEW FEATURES
The LOAD/SAVE Game problem at main menu is now corrected Bug on the first test chamber of the public level: fixed Graphic issues that lead to crashes: fixed 0.6.0b
NEW FEATURES
The LOAD/SAVE Game system is ready! New ESC/PAUSE Menu. Minor Bugs Corrected. 0.5.0c
REPAIRED CRITICAL BUGS
The game quits when you exit from the morph chamber. Thanks to MYSTERY for the heads up! V010 Glove floating after some random cinematics. Thanks to summercleanromance for the heads up! 0.4.8b public
the free level is updated with all the improvements that were applied in the VIP area since version 0.4.4b. In addition to containing new improvements:
New simplified inventory system Best animations New interface design The camera selector in the Test Chambers was re-built for better handling and greater response response. New improved combat system, now with the Tab button you can focus on an enemy and the camera orbits freely with the mouse. 0.4.4b public
New Morphing system! Now customize your avatar to meet level’s needs or your own tastes. Includes Morphing Points Station, Morphing Chamber, different hairstyles and various body configurations. New player model with much more detail and quality. New physics system for the player’s breasts that reacts to size. New model of the Cyborg NPC with greater quality and detail. New animation system to reflect the changes you make to your avatar in the Morphing Chamber. The "Exit", "Information" and "Inventory of substances" menus now pause the game. Now you start with more stamina to run longer. Several minor bug fixing.
: Video preview